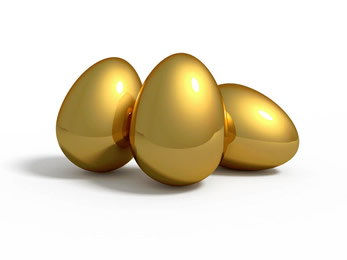 It’s never easy to look at an important subject like family business succession planning and offer just three big takeaways to help families protect their hard-earned wealth. But after delivering more than 800 speeches in more than 20 countries on the subject, here are my three favorite Golden Rules.

Golden Rule #1: He who has the gold often has no clue about the rules.

For example, no matter how much a business owner loves what he or she has created, they can’t take it with them. Lots have tried, and failed. The early Egyptians – some of the earliest family business owners – were buried with their treasures and we all know how that worked out. Letting go and making preparation for the transition of wealth before death continues to perplex some of the smartest, most accomplished entrepreneurs on the planet. How do we know? 137 million American and Canadian adults do not have wills. No will, no estate plan. No will, no business succession plan.

Business owners are no more and no less inclined to write a legal will than non-business owners. The stakes are just higher. But how devastating for the family of an accomplished entrepreneur to have to sort through who gets what, when and how because collectively the family lacked a culture of mutual trust and respect that would have enabled them to discuss and plan for the future. Silence is the great destroyer of family business wealth. Only a few talented advisors know how to keep their business owner clients focused on the really big prize – the preservation of family wealth, which may or may not mean preservation of the family business.

Golden Rule #2: All that glitters is not gold.

Successful family businesses have brand, they have reputation, they have status – the most successful have even created their own mythology. The funny thing about mythology is that those who have it can seldom transfer it to succeeding generations. In fact the mythology more often than not suffocates the next generation, who try to replicate, perpetuate and authenticate something they haven’t earned through their own struggles and experiences. The popular belief that the young generation is lesser entrepreneurial is, of course, utter nonsense and no more valid than the opposite notion that they are more talented. Every extraordinary entrepreneur I have met credits their success on hard work, sacrifice and, most of all, good fortune. Luck is hard to teach. It’s even harder to transition.

Golden Rule #3: The bigger and older the golden egg firm, the harder it falls.

There is a popular belief among entrepreneurs that the market (and by market I mean customers) will always assign a special value to firms that have stood the test of time. Business owners who think this way often discount the brutal impact of disruptive change. Ask the owner of a fourth-generation family-owned taxi business about Uber.

But if you think a person hailing a cab on the corner of West 54th and Madison cares how long a taxi company has been in business, you’ve read too many family business books by Leon Danco. Uber didn’t come with five years’ warning for family-owned taxi companies. It came with such blinding speed that the very idea of Uber shed billions of dollars of value from an old established taxi industry. Some of that value simply slid over to Uber’s balance sheet – a market valuation exceeding a billion dollars before it recorded one dollar of sales. Game, set and match. Ditto for that big old behemoth called Lehman Brothers, the iconic one-time family business that holds the record for the biggest bankruptcy in the history of the world.

If you hear someone refer to the age of a firm in the context of explaining its value to customers, take your money and run! There are no special elixirs to make a family business last. This is troubling because too many family business owners leave too much of their wealth in their business. When tough times come, as they inevitably do, the real test of legacy comes when an owner is asked by their lenders to re-invest their capital in their big, old family business. Those can be interesting meetings. By interesting I mean devastating.