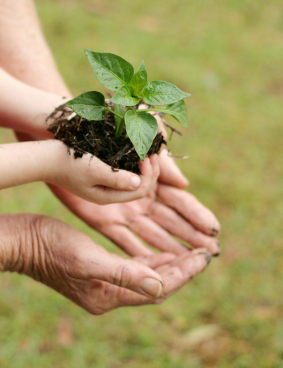 When the Young Presidents Organization brought me to El Salvador to speak to their newly formed chapter last year, I was both apprehensive and curious to see how my contrarian message on family business succession planning would translate in the Latin culture. I knew that in a country where family businesses extend into politics, my belief that no family business should ever be gifted would fly in the face of deep-rooted tradition.

As I cleared customs I was met by a flood of reporters and a massive screaming crowd who rushed toward me with their studio lights, microphones and cameras whirring. Oh sure, I had done lots of radio and TV, my book was selling well in El Salvador and I knew I would be speaking to the country’s business and political elite, but this was a whole new level of celebrity. As I removed my pen from my suit jacket to sign autographs and books, the crowd ran right past me to greet the captain of the national football team, who happened to be on my flight.

As I slinked into my cab laughing at myself – not because I enjoy it, but because I have so much practice – I let the sights and smells of this exotic country help me put my most embarrassing airport moment behind me.

Over the following days my hosts whisked me from one extraordinary lunch or dinner to the next. I learned that the business and political elite of this country were at once seriously well-educated, deeply passionate about their country and desperate to elevate their businesses to compete on an international scale. I also learned that in Latin cultures family transcends even church and state in importance. This fact, I would come to understand, would pose some extra opportunities and challenges for family businesses contemplating their transition.

First, I learned that these dynastic families don’t often have just two children – they tend to have much larger families. While this offers the controlling shareholder more options for both management succession and ownership succession, it also introduces complexity by having to financially provide for more family members who remain outside the business. The Latin culture holds up the concept of fairness as the first principle of family. And no one guards the sanctity of the principle more than the matriarchs of El Salvador.

One of the consistent features of family in every country is the hard-wired determination of business owners to present the family as both unified and happy. It’s always difficult to make progress with families when the veneer of family bliss prevents deeper, more meaningful discussions. Families possess extraordinary self-preservation instincts and silence is often the tool used to avoid explosive dissention.

Silence around the issue of compensation for family members working in the business and even for those outside the family business, along with silence over which family member(s) will control the business when the parents die, is allowed to ferment, with devastating consequences. The family, the idea at the centre of all that is good, is an institution that consistently and predictably pulls itself apart in its attempt to perpetuate its business.

The Powerful Role of Matriarchs

The city of San Salvador, population of 1.4 million and the site of my keynote address, is nestled at the base of a volcano that last erupted only 94 years ago – that’s like one minute ago in volcano time. My request to the hotel concierge to have a taxi standing by with the engine running drew a blank stare.

I received the same response when I suggested, on that sunny day, that children need to risk their capital to buy their parents’ business. It was going to be a tough room – I knew it the moment I walked in. But a funny thing happened at the Crowne Plaza that day. About halfway through my speech, the first hint of support for the idea came from an unlikely place – the mothers and grandmothers in the audience.

Turns out that when families struggle with business issues it’s the mothers who play an extraordinary role as peacekeeper – a role that exacts a deep emotional price. Mothers have been essential to moderating the relationships between siblings who often find themselves struggling over control of the family business.

As I introduced the idea that children need to purchase the business from their parents I could see the first sign of support for an idea that would put the children, adult children especially, in the position of participating in the business not out of obligation but because they are passionate about the business. It was the mothers in the room who could see that the family business – the one thing that complicates the family – could in fact be the one thing that resolves family conflicts.

For some mothers it became clear that the game changer would need to include a discussion within the family about removing the concept of automatically “gifting the business” to the eldest male. Leadership of the family business, I suggested, should be determined by the child or children who express an appetite for risk and hard work and a deep appreciation that the family business is something that will require change and innovation. Those are two qualities that are hard to find in most traditional family businesses that end up being gifted.

It has always been hard to “change” a gift and even more difficult to sell one. When I explained that families should distribute wealth equally among the family but never gift the ownership of a family business equally, the lights came on for the mothers in the room. When I explained that building great families is often at odds with building great businesses, I could see that I had touched a nerve. “It’s family physics,” I declared, “family and business work in equal but opposite directions – family thriving on fairness, business thriving on clear, decisive control and leadership.”

At the end of my talk the mothers in the room sure didn’t rush the podium and there were no bright lights or snapping cameras, but they all made the effort to talk to me, took the time to ask me to sign their books and to thank me for sharing a message that they said was long overdue. I could see the heartbreak in some of their eyes – the heartbreak that an outside world would miss as it looked at and judged El Salvador’s First Families of commerce.

As an advisor engaging business-owner clients on the subject of succession planning, does the role of the matriarch figure prominently in your process of discovery? 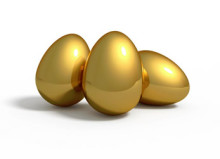