The New EBITDA: Emotions Before Interest Taxes and Depreciation 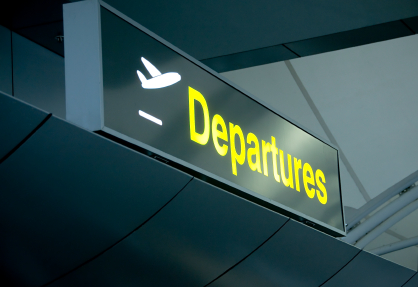 Sitting in the departure lounge at LAX, I couldn’t help but overhear a conversation between an investment banker and his younger associate. I learned two things. First (and most business travelers can relate), it is amazing how cavalier people are about discussing confidential details in public places. The second confirmed something I had been thinking about family businesses for some time.

The older of the two bankers was whining about how he thought the slam-dunk deal they had just presented was now probably never going to happen. On and on he grumbled about the time he had spent running the numbers, lining up partners and generally bringing the deal to a crescendo, only to have the business owner change his mind about selling.

The investment banker was completely perplexed about why the offer, the numbers, the multiples that looked so good weren’t enough to entice the owner to do the deal of a lifetime.

It took everything I had to stop myself from leaping into the conversation and selling him a copy of Every Family’s Business (it wouldn’t have been the first time). But I exercised extraordinary restraint and settled back and listened to him talk about the clever structure of the deal, the tax that could have been saved and the instant wealth the owner would have secured if only he had been smart enough to take the deal.

Emotions are Squishy – Not the Stuff of Deal-Makers in Suits

The funny thing about listening in on a conversation is that the longer you listen the harder it is enter the conversation. So I bit my tongue and instead simply wondered how many other business brokers, M&A professionals and investment bankers expend such effort trying to bring deals to fruition only to have sellers back out. I wondered how an entire industry of intermediaries could so badly underestimate the emotional connection that owners have to their businesses, and also fail to understand how these emotions can scupper so much good work and extraordinary planning and lead the owner to ultimately destroy the business’s value.

When really bright finance experts hear the word “emotions” you can so often see their eyes roll back and the calculators shut off. Yet students of the greatest financiers of all time – deal-makers like Warren Buffett – know that these people get deals done by running the numbers and then engaging business owners in the one corner of their life where most number crunchers don’t go – their family. It is the rare rainmaker who has both the left and right brain firing on all cylinders.

Buffett and other great deal-makers know that the sale of a business will typically result in a “liquidity event” that will leave owners with more wealth than they feel comfortable consuming. Most business owners accumulate wealth precisely by denying themselves consumption. Sellers will often kill deals, blaming a low bid price, but there’s almost always much more at play.

Reducing An Owner’s Life Work to a Number is Depressing

Most deal-makers underestimate the guilt and remorse sellers feel when they reduce their life’s work to a single number. It feels so crass and empty and hollow to imagine that decades of risk-taking, relationships and earned status in their community will end the day a check is cut and control is relinquished.

That’s why so many business owners don’t do their last deal. That’s why so many let their death be the event that triggers the transfer of controlling interest of their business to family – typically ill-prepared family members uninterested in continuing the business.

With universities, associations and institutes granting so many awards dedicated to perpetuating family businesses at any cost, it’s the duty of intermediaries to serve family business owners with a counterbalancing narrative that places the preservation of capital at the center of more intelligent estate plans.

Preserved capital from the sale of a family business – capital a former owner can then deploy for philanthropic endeavors and for funding the next generation’s own businesses – and not an operating business that’s well past its shelf life is what pays homage to the most enduring legacy: family and community.

Buffet is Both Psychotherapist and Financier

I really wanted to tell the two guys in the airport that Buffett’s best deals had come after he cemented his own family business succession plan. Buffett can easily look into the eyes of any family business owner and talk with authenticity. He can empathize with a business owner’s struggle and can explain why selling the business is the key to securing their greatest and most enduring legacy – their family and their philanthropy.

I didn’t have the guts to chime in and say, “Fellas, I’ve really been enjoying your conversation but there’s way more to doing deals than running the numbers.” Deals get done based on trust and respect earned by intermediaries paying homage to the things in a business that transcend money. Intermediaries who approach this emotional subject like one more thing to check off on their due diligence list will be outed before the coffee is poured. Business owners can feel the disingenuous long before they actually hear it.

For most owners, the sale of their business represents the end of their professional careers and a major overhaul of who they are and where they fit in. Anticipation of the disappearance of their status as business owner, employer and boss often means the sale never gets completed.

Intermediaries who can honor the risk-taking that has gone into creating a business and connect that risk to something more enduring, like family and philanthropy, will themselves be participating in something that transcends money. A guy like Buffett, who is still driving hard deals while giving away half the wealth earned from those deals, tells you precisely what motivates him and his family.

Wealth with purpose: scoff at this soft, simple idea, diminish its importance in closing deals, and you’ll be the one sitting in an airport lamenting the one that got away.

PS: Most people wearing earphones in airports are only pretending to be listening to music.